Just started complete home remodeling. The house was build in the 1900's, not much maintance been done to the house throughout the years, so the home will undergo complete renovation. While doing demolition, found a paper there dates 1908, so the house had to be constructed around that time, I would say around 1900's more like it. The first few images of the existing house. 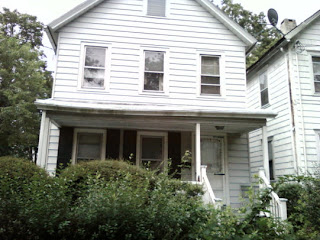 The existing first floor addition with have a 4th bedroom and there will be a new deck constructed in the back of the house. 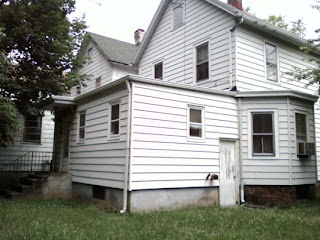 The garage as you can see will undergo complete demolition and reconstruction, because it's ready to fall down on its own. 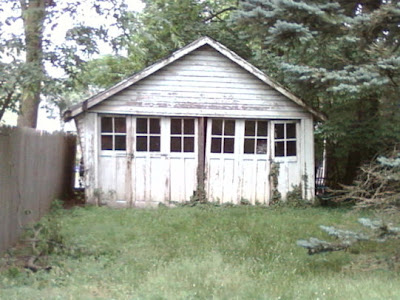 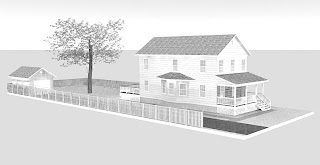 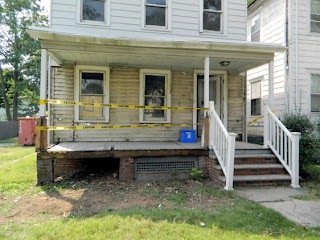 Porch columns are deteriorated and don't provide any roof support. The porch will be completely reconstructed. 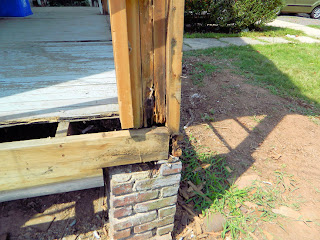 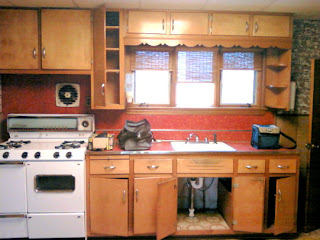 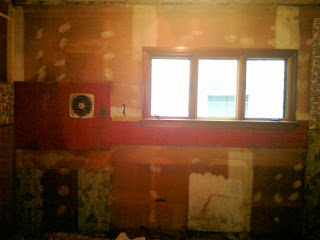 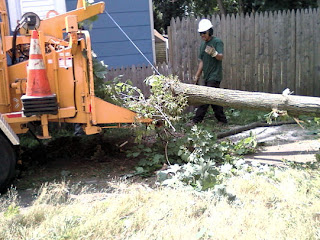 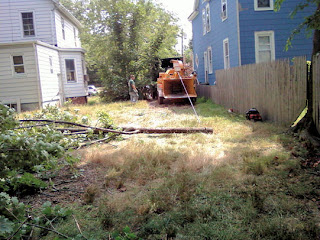 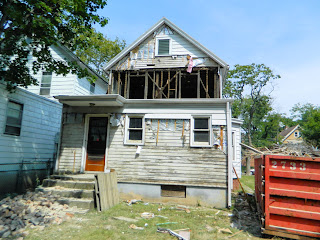 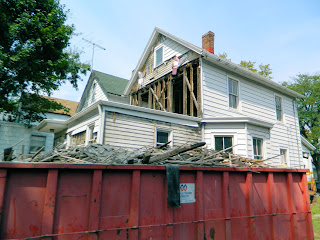 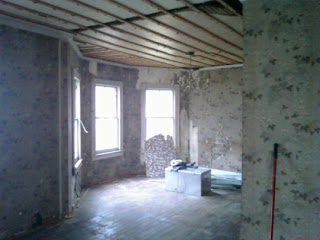 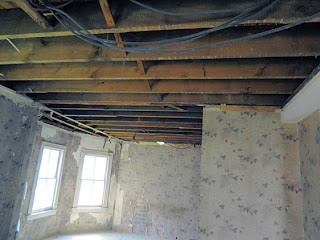 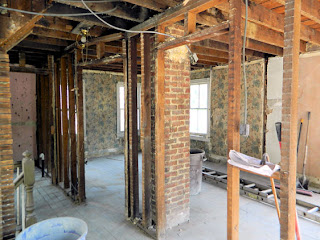 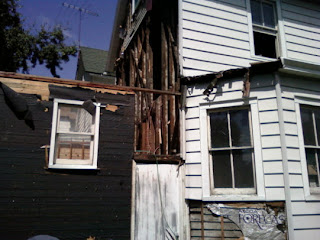 The roof above the existing first floor is removed and new floor deck is constructed. 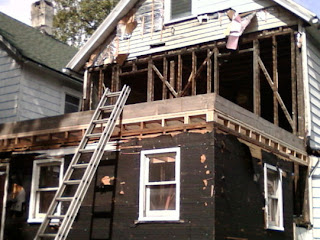 As you can see in the picture bellow, the house has what its called Brick Nogging, and what it means, the wall cavity is filled with brick or other other masonry material, which reveals rough and varying styles of masonry (because it was not intended to be seen) and the installation went in fast. This construction method was used mostly in 1900's. In most cases masons used a variety of bricks and rubble. What I found out this construction method could have been adopted by builders who had observed the short life and pest infestation problems that followed colonial and later attempts at wall insulation using natural materials like straw and corncobs. which was generally not intended to be exposed to view, and served the purpose of blocking wind that blew through older homes constructed without an exterior sheathing, where clapboards were nailed directly to the structural frame. Typical wall construction was stud framing, 16" o.c., diagonal wood bracing in walls, clapboard exterior, rough masonry wall filler on all floors and extending into the attic. Interior walls were covered by plaster on wood lath as you can see in one of the pictures. 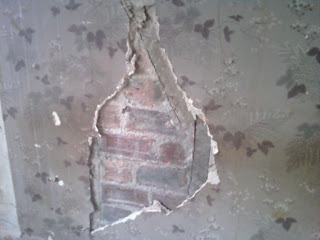 Day 3, the framing progressed nicely, considering a few set backs to the bad weather, but everything is moving ahead of schedule 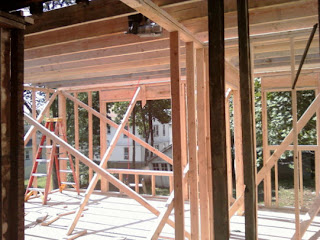 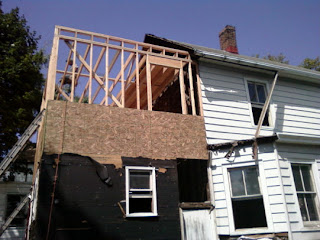 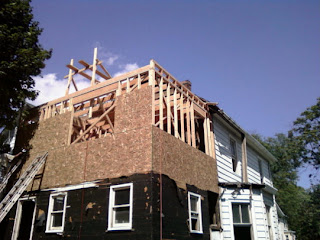 Major of the exterior framing is done, tomorrow they will finish sheeting, and most of it up...Decided today to install all new fascia all away around the house, to make sure there is a good solid surface to mount new gutters. Some interior framing left to do, adjust a few window and door openings, some more cutting and chopping...  will keep the progress updated. 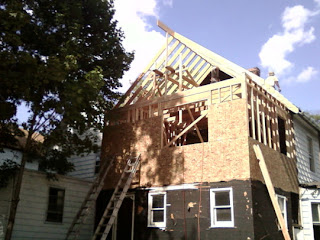 Have a Happy Labor Day weekend everyone!