I am back, it was a busy Thanksgiving Holiday and before that this job had to be completed before the Holiday and everything went as it was planned and the Homeowner was so pleased with the outcome of this job, that the first time in almost 30 years in business and being the owner of my business I was rewarded by the Homeowner with a very generous tip for the job well done and it sure felt good. Thank you again Clay & Dianna if you ever read this!
Now to the job well done...
After the big rain storm and flood that we had from the last nature's outburst, this basement was flooded with about 4-6" of water. Most of the stuff was ruined,including a beautiful wall unit set that spanned about 13' along the rear wall. All the the trim, doors, sheetrock and cabinetry was removed and disposed. Here is a few pictures after the place was cleaned up and all insulation was removed and dried by a company specializing to do this work and they did a beautiful job. 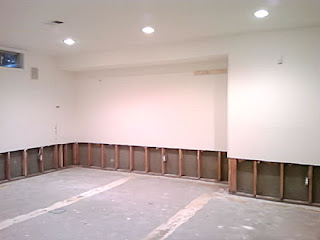 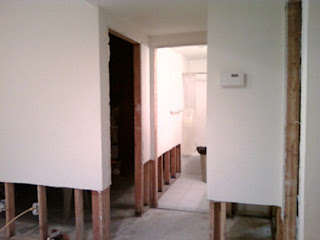 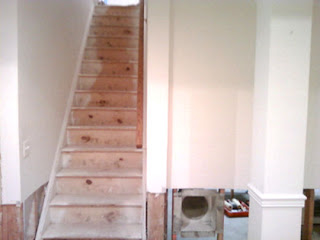 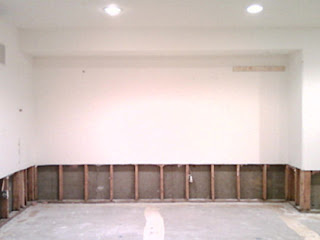 After cleaning up the studs and plates from  nails and screws that were left after trim and sheetrock was removed, the insulation was replaced along the perimeter of exterior walls. 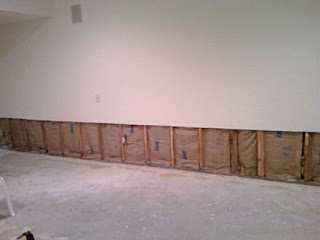 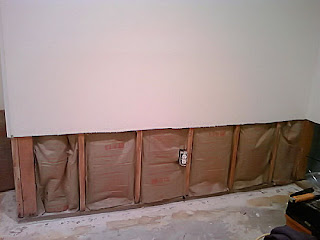 After insulation was completed, the sheetrock was applied to all interior wall surfaces and taping process began. 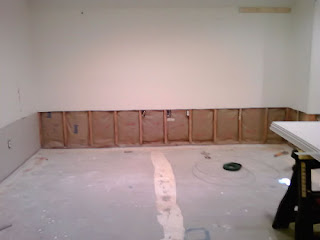 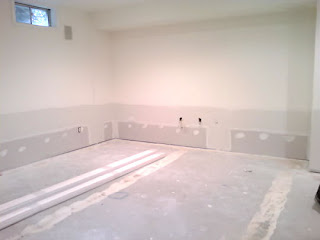 Fan was installed to provide air movement throughout the basement for even drying of the drywall compound. 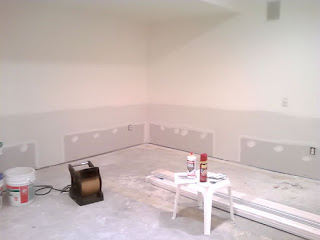 After drywall compound was dry and sanded, door and trim installation was in progress. 5 1/4" colonial base molding was installed to give a nice exposure above the carpet. 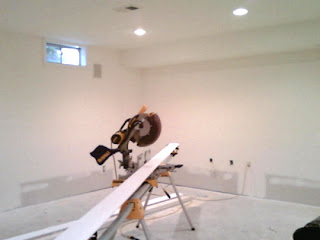 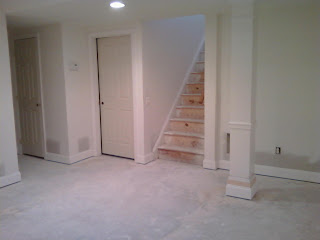 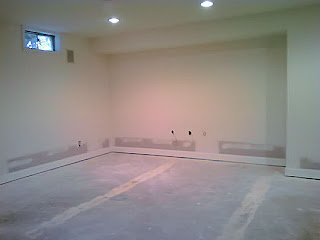 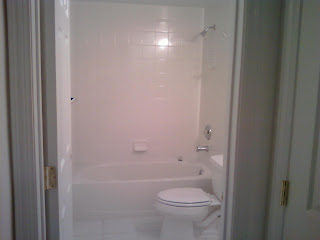 After painting was completed, a hangin wall entertainment center was installed. Homeowner requested to design something hanging above the floor, just encase another unfortunate incident would happen and the wall unit will not get damaged, not to mention this system can be removed and moved to a different location. 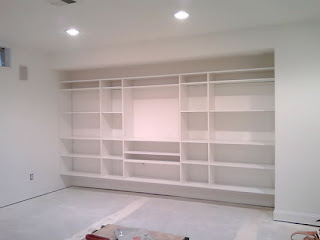 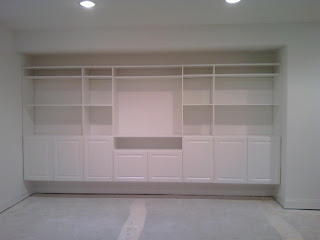 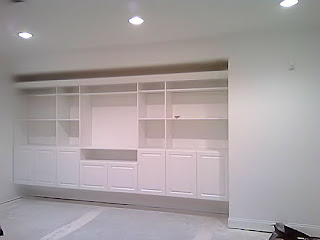 Beautiful Berber Carpet was selected by the Homeowner and installed and we can say another job was done with complete customer satisfaction. It took 14 days to complete this job. 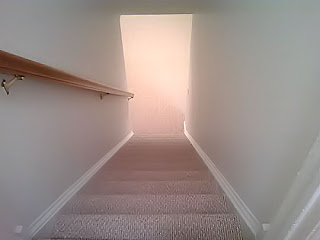 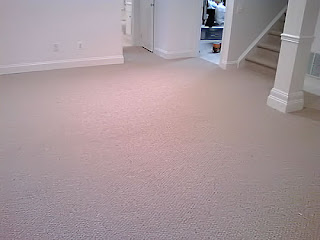 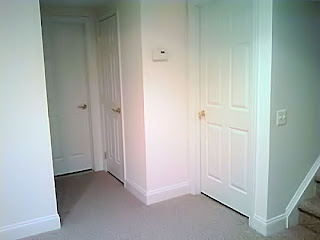 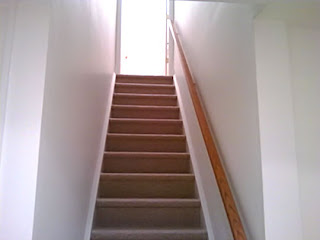 Next job is a structural foundation wall repair, were I be installing Advanced Carbon Fiber Straps to reinforce a foundation wall, I cannot wait to share some pictures with you.
Take care and keep warm!!!
Posted by GN at 9:28 AM