How much can a Homeowner expect to recoup from theirs home improvement investment incase they decide to sell theirs home?

According to the 2009 / 2010 survey published by Remodeling magazine, here's how it breaks down:
For a mid-range priced home, you can expect the average cost and recoup for the following projects:

Average Cost vs Expected Return on your investment 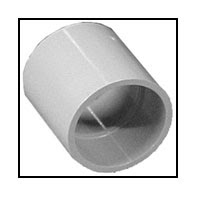 After PVC pipe is cut, remove any small pieces left on the edges from when you cut the pipe. You can do this with a rag or some sandpaper. Use PVC cleaner that came with the set you purchased, it will be purple color,be sure to use that on both sections of the pipe,i.e. new and old. Next open second bottle which is clear, the bottle also has a brush inside as the other one... Use the brush on both pipes new and old and apply PVC cement about 1 inch on the outside and also inside the coupling, then push the new pipe into the coupling and give it a half of turn. Do the same thing on the end piece on the inside of the screw adapter and push them together. Give a few minutes and screw on the sprinkler head. After you done test the head and make sure it works properly and after everything is ok, cover the pipe with dirt.
Posted by GN at 11:33 PM 2 comments:

Great news...Wood is coming back into our backyards for our enjoyment.
Yes, the real wood is back and thanks to a unique combination of science and nature, it is real wood and it only got better.

The Thermally Modified Wood Decking begins as natural, renewable lumber. Then it undergoes a unique heat-based, chemical-free process that changes compounds in the wood. Then is further enhanced with a factory-applied, premium sealant specifically designed for thermally modified wood.
No matter how you cut it, sand it, stain it, or anything else you do with it... wood is real wood with unreal performance, and not only can you use wood like regular wood in construction, you can mulch it, burn it as fuel, even recycle it. It’s as pure as nature itself, so disposal is as easy as yard-work.
Posted by GN at 6:49 AM No comments:

If you purchase your cabinets directly from HD or Lowe's first thing you should do is check everything when kitchen arrives, to make sure that they match your order, make sure cabinets are not damaged and everything is there.

First is the measurement stage. Before you mark the wall, try to find the "high spot" on the floor where the kitchen cabinets will go. Some floors in older homes are not level and cabinets must be adjusted to the condition of your home. Check walls for plumb and square, because even in new construction they could be out.

Next mark out your studs. Use a stud finder to locate all the studs and mark them with a pencil. Take a small nail and double check to make sure your mark location right on the center of the stud.
Wall cabinets always installed starting in a corner, and working them outward according to kitchen layout and cabinet sizes marked on the plan. When cabinet is being installed,check to make sure it is level,plumb,and square.

The base kitchen cabinets before installation, they should be lined up against the wall and connected to the wall and one another. They should be clamped together so they aligned perfectly and then connected through the sides by screws. Be sure you use proper screw sizes so they will not penetrate the surface of another cabinet.

You will need a bundle of shims because shimming will be necessary, if something need to be aligned properly or leveled.

In some cases hanging rails must be used, they get screwed to the studs and you will be provided with a cabinet material to cover the gaps between the cabinet and the wall.

After everything is installed and leveled, you install your toe kicks that will come with the cabinets, they can be brad nailed or glued in place, crown and scribe moldings for finishing touches.

To install kitchen cabinets you will need a helper, 18 or 23 gage brad nailer,air compressor,miter-saw, screw gun, drill bits, level, square, screws, glue, shims and other various basic carpentry tools. It is good to have advanced carpentry skills doing this type of work.

About 3,000 homeowners, mostly in Florida, Virginia, Mississippi, Alabama and Louisiana, have reported problems with the Chinese-made drywall, which was imported in large quantities during the housing boom and after a string of Gulf Coast hurricanes.


The drywall has been linked to corrosion of wiring, air conditioning units, computers, doorknobs and jewelry, along with possible health effects. Tenenbaum said some samples of the Chinese-made product emit 100 times as much hydrogen sulfide as drywall made elsewhere.

The agency continues to investigate possible health effects, but preliminary studies have found a possible link between throat, nose and lung irritation and high levels of hydrogen sulfide gas emitted from the wallboard, coupled with formaldehyde, which is commonly found in new houses.

Now is the question who will pick up the tab to replace all that Drywall...Southern members of Congress have sought to make it easier to sue Chinese manufacturers and to get the Federal Emergency Management Agency to help homeowners pay for costs not covered by insurance. They also say the U.S. needs to pressure the Chinese government, which allegedly ran some of the companies that made defective drywall.

They are ''continuing to live in their homes with Chinese drywall, patiently waiting for this thing to be resolved so they can move on with their lives,'' Chaikin said. ''We're not waiting for the government to move quicker than we are in the courts.''
In some cases, homebuilders have paid to gut and rewire homes. In others, homeowners who can afford it have paid for the work themselves.

On Friday, Knauf Plasterboard agreed that high hydrogen sulfide levels appeared to be the main concern, but it noted the commission's studies were preliminary and may not reflect conditions inside a home. The company said its studies have shown that drywall should be removed, but that plumbing and wiring do not need to go.
Daniel Becnel, a New Orleans lawyer representing Chinese drywall plaintiffs, including Sean Payton, the head coach of the Super Bowl champion New Orleans Saints, said the government guidelines issued Friday were ''word for word what our experts said.''
He also said Congress should give homeowners grants to cover the cost of home gutting.

In Cape Coral, Fla., Joyce Dowdy, 71, and her husband Sonny, 63, plan to move out of their $150,000, 1,600-square-foot home while it is gutted to get rid of tainted Chinese drywall.
Joyce Dowdy said she suffers from nose bleeds and her husband has a persistent cough. They blame the drywall.
''We can't live like this anymore,'' Dowdy said.
They're borrowing money to do the gutting, which means that instead of a mortgage-free retirement they will be paying monthly bills cover the costs of repair.
''It's costing us as much as we paid for the house,'' Joyce Dowdy said. ''But we can't just walk away ... Our house is worth nothing at the moment.''
But Randy Noel, past president of the Louisiana Home Builders Association, said the Chinese drywall problem has been exaggerated. He called the new guidelines ''overkill.''

Click Here for more information about this.
Posted by GN at 9:10 AM No comments: